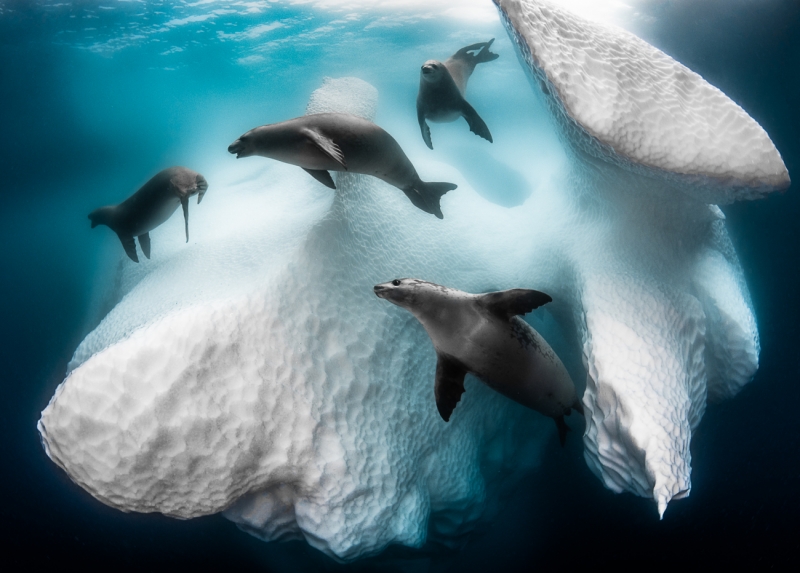 Icebergs are massive and mysterious habitats, which are dynamic kingdoms that support marine life. As they swing and rotate slowly through polar currents, icebergs fertilize the oceans by carrying nutrients from the earth. They are also responsible for the development of the phytoplankton and inﬂuence the carbon cycle by sequestering carbon dioxide from the air. They also shelt...

Brent Stirton is a South African photographer, a Senior Correspondent for Getty Images and a Fellow of the National Geographic Society. He specializes in documentary and investigative photojournalism. Since 2007 he has focused most of his attention on man’s intersection with the environment. He is regularly published in National Geographic Magazine, GEO, Le Figaro, Stern and other international publications. In 2015, Brent was voted National Geographic’s Photographer’s Photographer. He has won a National Magazine award, 13 awards from World Press Photo, 16 awards from Pictures of the Year International, the Natural History Museum’s Wildlife Photojournalist of the Year 3 times, as well as Wildlife Photographer of the Year. He received a Peabody award for his work with Human Rights Watch. Brent remains committed to issues of sustainability, health and the environment. The Pangolin story for which he is awarded this year was shot over 9 countries in Africa and Asia, involved a number of undercover investigations and is typical of the kind of investigation Brent prefers to work on.