Hardship of Life
by Mehmet Aslan

This little boy’s father Munzir lost his right leg when a bomb was dropped as he walked through a bazaar in Idlib, Syria. His son Mustafa was born without lower or upper limbs due to tetra-amelia, a congenital disorder caused by the medications his mother Zeynep had to take after being sickened by nerve gas released during the war in Syria. Mustafa will need special electronic... 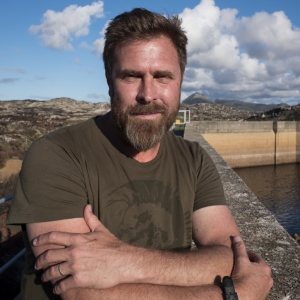 Brent Stirton is a South African photographer, a Senior Correspondent for Getty Images and a Fellow of the National Geographic Society. He specializes in documentary and investigative photojournalism. Since 2007 he has focused most of his attention on man’s intersection with the environment. He is regularly published in National Geographic Magazine, GEO, Le Figaro, Stern and other international publications. In 2015, Brent was voted National Geographic’s Photographer’s Photographer. He has won a National Magazine award, 13 awards from World Press Photo, 16 awards from Pictures of the Year International, the Natural History Museum’s Wildlife Photojournalist of the Year 3 times, as well as Wildlife Photographer of the Year. He received a Peabody award for his work with Human Rights Watch. Brent remains committed to issues of sustainability, health and the environment. The Pangolin story for which he is awarded this year was shot over 9 countries in Africa and Asia, involved a number of undercover investigations and is typical of the kind of investigation Brent prefers to work on.