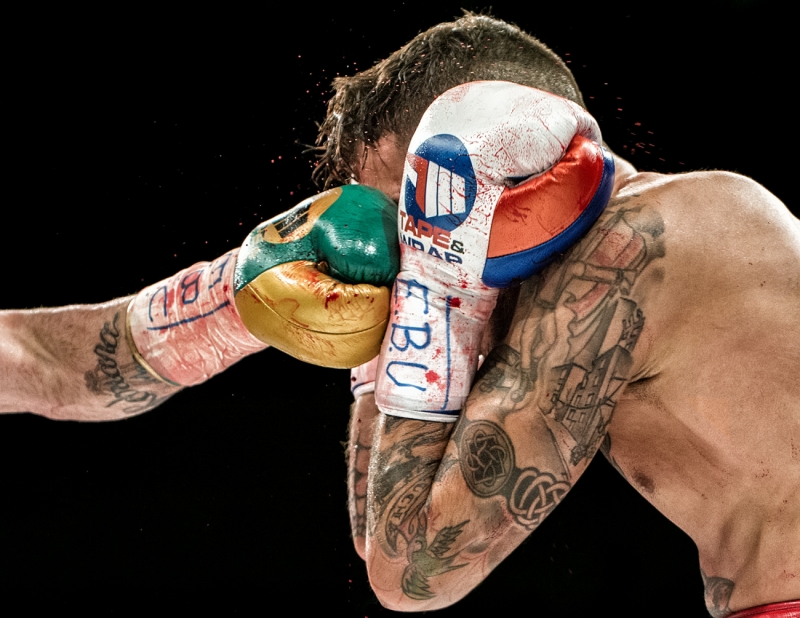 I took this photo during the Boxing European Championship in Elche ( Spain) in May 2018. One of the fighters started as a clear favorite and in fact much of the fight consisted of a series of constant hits on his opponent. Personally I think that this photo summarizes the intensity and movement of that series of punches.