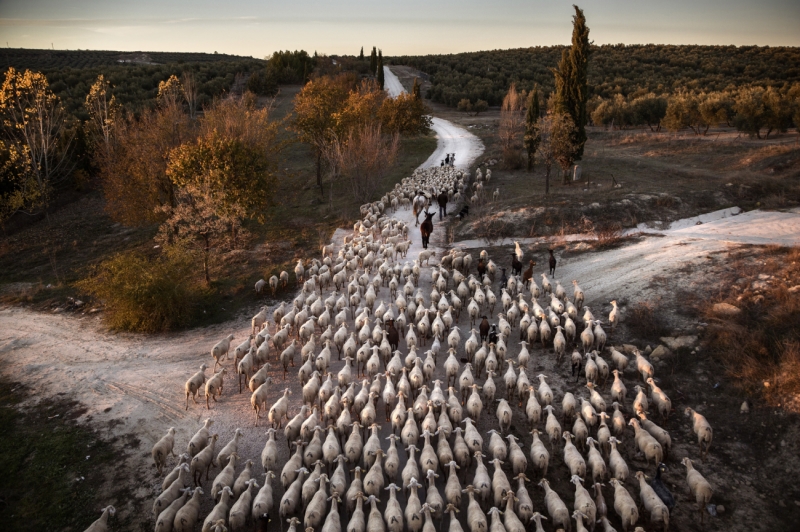 Transhumance in Spain
by Susana GirÃ³n

The Alarcon family is one of the last families that still work as nomadic shepherds in Europe. The phenomenon of transhumance has survived for centuries: families of shepherds migrate on foot through the territory with their animals in search of better pastures, climate and living conditions. In Spain, around 150 families survive as nomad shepherds. Twice a year, Antonio, Maria and their two sons walk almost 200 km for 8 days to transfer their hundreds of sheep from Fatima (Granada) to Las Navas de San Juan (Jaen). During the journey, enduring hard living conditions, they camp in forests on mountain slopes along the ancient Spanish paths known as “Canadas Reales.”