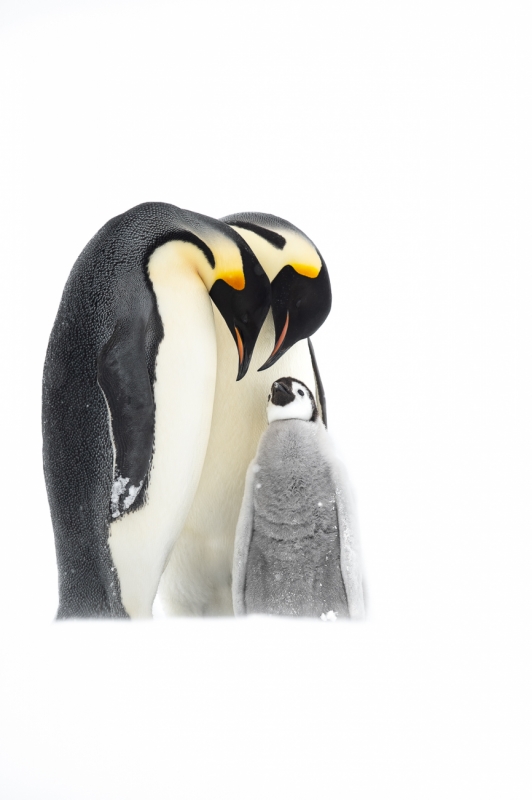 The emperor penguin is the tallest and heaviest of all living penguin species and is endemic to Antarctica. The male and female are similar in plumage and size. After a courtship of several weeks, a female emperor penguin lays one single egg and leaves the male to protect it from icy temperatures and storms. Two months later, the female returns from the sea with enough food to feed the now hatched chick.