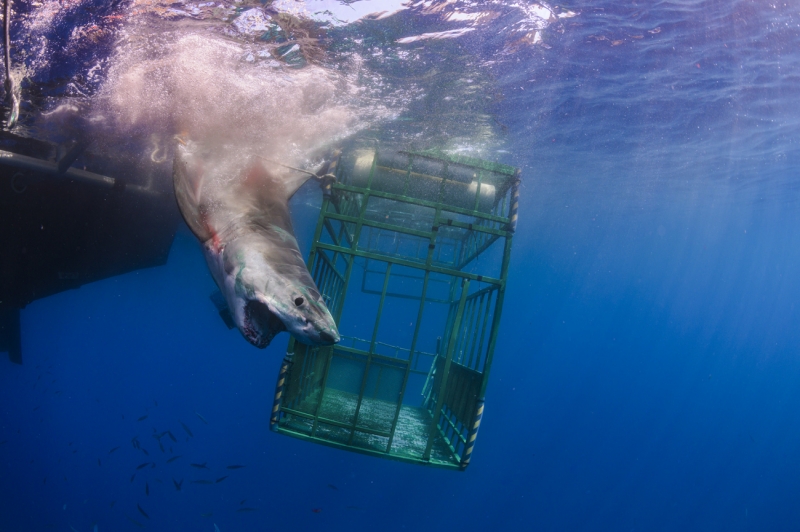 A Safe Release for Everyone
by Alex Lindbloom

After accidentally smashing through a shark cage with three people inside, this great white shark was safely released. Everyone inside was fine. Cage diving has been a controversial issue as sharks do breach cages from time to time, which has resulted in at least one shark's death. Nobody wants to hurt the sharks of course. However, if shark tourism like this was to be banned, illegal shark fishermen would wipe out an entire population within months.