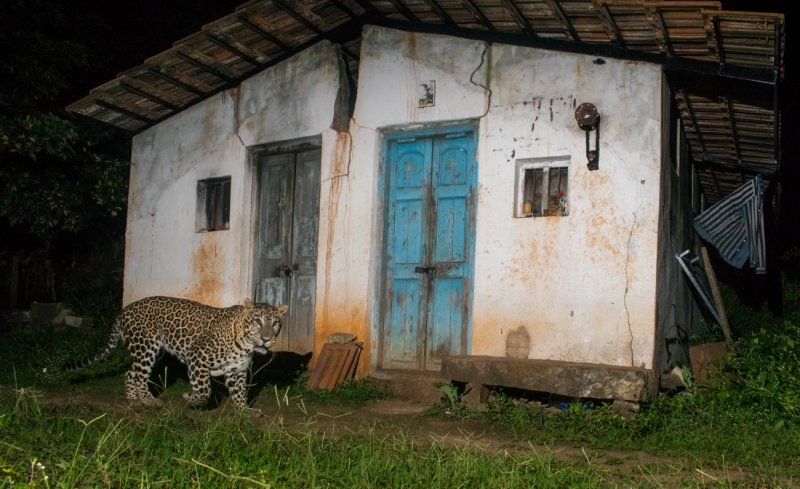 The Landlord
by Pruthvi B

India has an estimated nearly 15,000 leopards, most of which are found outside protected areas. These nocturnal creatures are masters of stealth and often live amongst human dominated lands. After tracking leopards in urban area for many years, I setup camera traps hoping to capture them in human habitation. Here is a male leopard walking past farm house in the outskirts of Mysore, India.