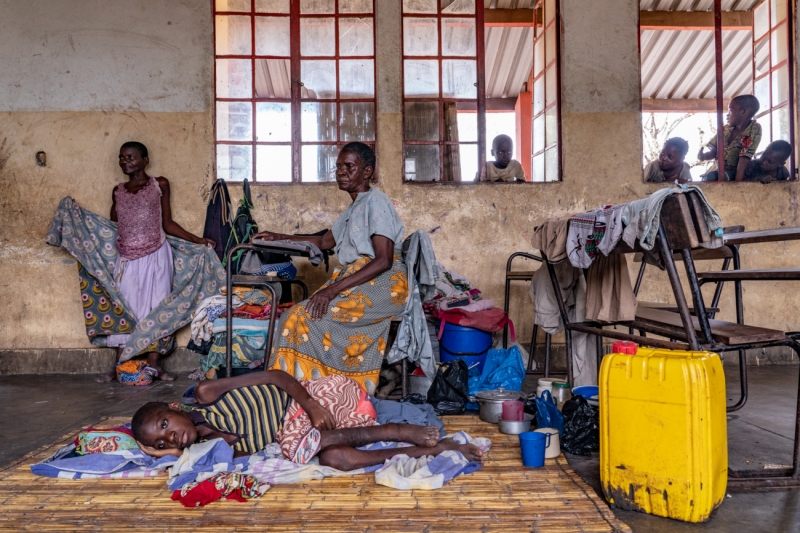 Thousands of families took shelter in schools in Nhamatanda, near Beira, Mozambique, when their houses were flooded or destroyed by Cyclone Idai in March 2019. As a result, classes were canceled for more than a week while the government and NGOs built temporary shelters. Here, Joana Angelina (14, foreground) is so ill from tuberculosis that she can't stand. She was living with her family (behind) in a school with 2200 other people.