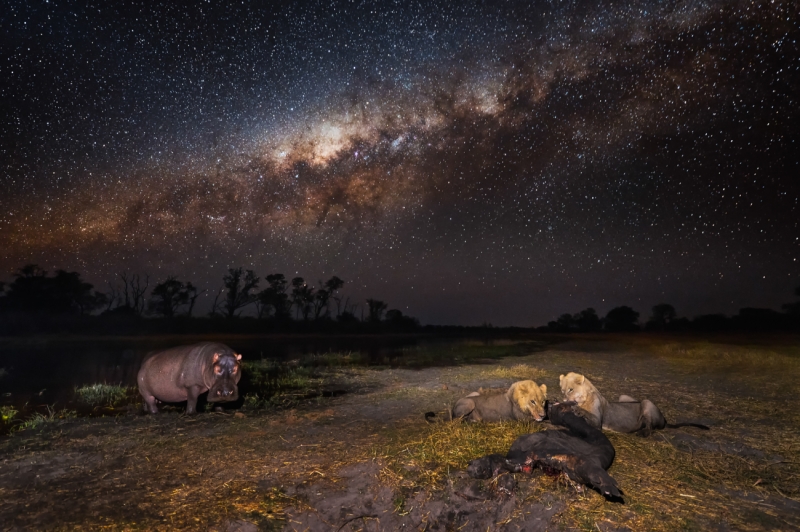 After a huge fight between two hippo bulls, the older male died of his wounds. A few days later, the scent of the carcass abandoned by crocodiles attracted hyenas. The hyenas walked in carefully to drag the remains out until two lions appeared on the other side of the river. To avoid being eaten by crocodiles, they’d walked downriver to cross the river where it was narrower. There, lions feasted on the remains until early morning when the “winning” hippo bull walked out of the water to chase the lions off. I was able to capture the beautiful scene of the two lions feasting, the hippo and the river in the background, in the light of the milky way.