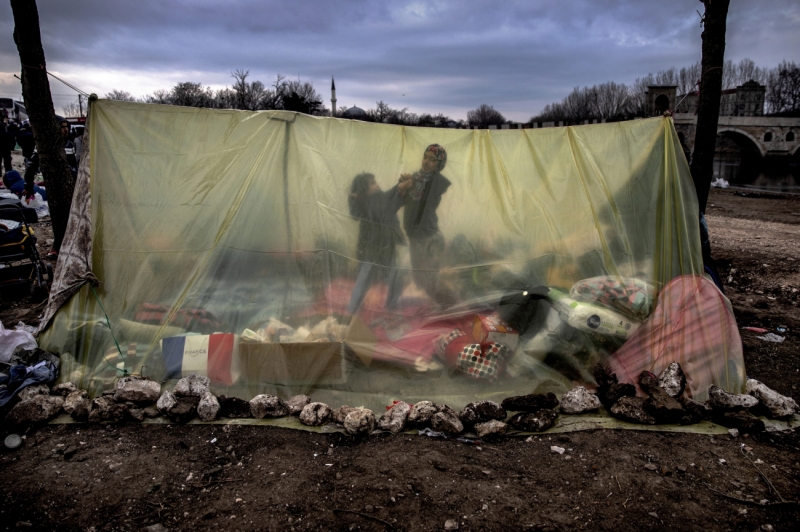 On 29 February the Turkish president Erdogan announced that Turkey will open its border to Greece. But the Greek border agents have not opened their border barrier. Thousands of refugees and migrants are stranded in an area near the border crossing Pazarkule; others settle down in various places on the outskirts of the town of Edirne. Syrian refugee children are playing in a makeshift tent in a park on 5 March 2020.