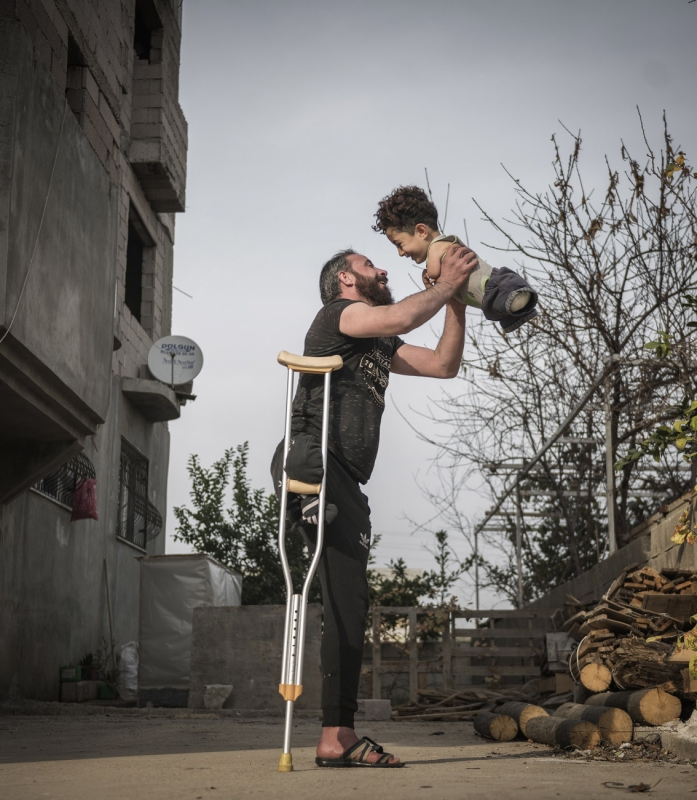 Hardship of Life
by Mehmet Aslan

This little boy’s father Munzir lost his right leg when a bomb was dropped as he walked through a bazaar in Idlib, Syria. His son Mustafa was born without lower or upper limbs due to tetra-amelia, a congenital disorder caused by the medications his mother Zeynep had to take after being sickened by nerve gas released during the war in Syria. Mustafa will need special electronic prostheses in the future which, unfortunately, are not yet available in Turkey.