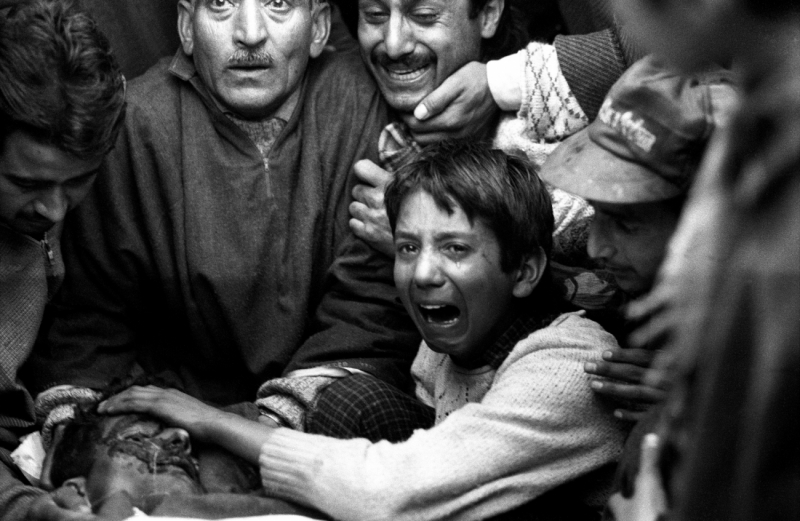 The Heart of Kashmir
by Gabriele Torsello

A Srinagar greengrocer was spotted by an armed patrol 10 yards from his house, 20 minutes after the start of curfew - his house had no toilet. Just before sunrise the following day, his battered corpse was dumped in front of his house. His family was later refused permission to bury him.