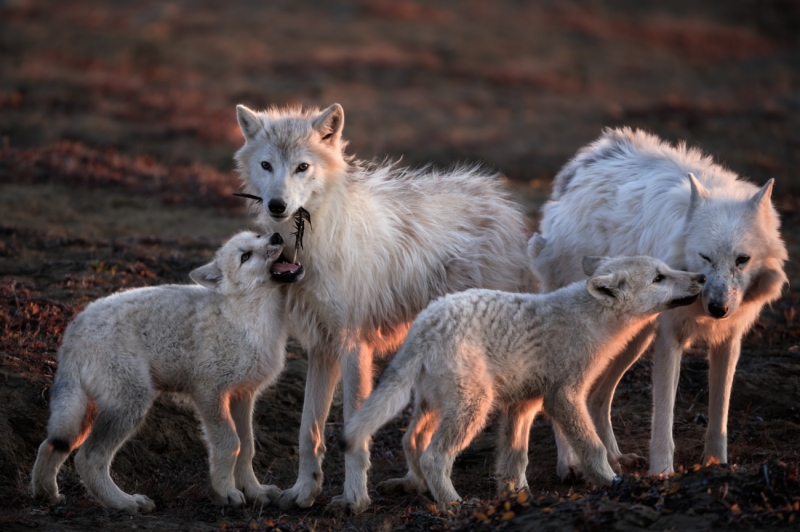 The Matriarch
by Ronan Donovan

A pup bites at a feather in held by its big sister while another pup nuzzles the pack’s aging matriarch, White Scarf (far right). After a challenging hunt, White Scarf made sure the pups ate first and later disappeared out on the tundra and was never seen again. As the pack mourned for days, one of White Scarf's older daughters began to assert her role as the new matriarch of the Polygon Pack.