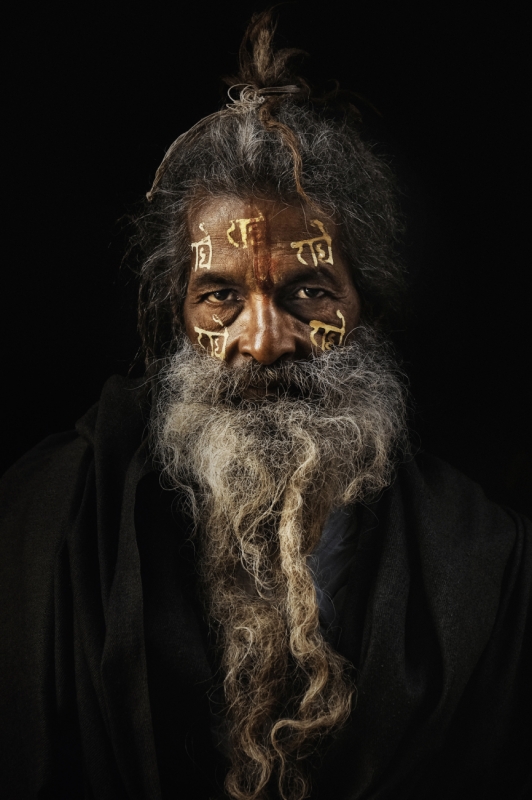 The Master
by Donell Gumiran

I took this portrait during the Holi festival. I was fascinated with his look, especially the Hindu letters were written on his face. After several researched I found it that the letter shown â€œRadhaâ€ itâ€™s a name of Hindu Goddess tradition. Radha is worshipped in some regions of India. Radha is considered a metaphor for the soul, her longing for Krishna theologically seen as a symbol for the longing for spirituality and the divine.