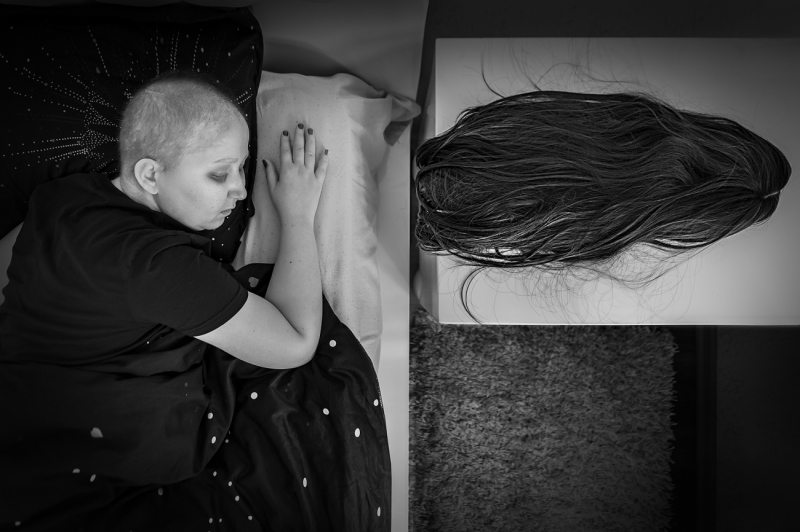 Zeynep was 32 yearsâ€¦ Ten days after the birth of her daughter, she was diagnosed with breast cancer. When we met for the study about cancer patients, she had her disease for one and half years and already metastases in other organs. She wanted to win this unfair fight for her daughter and strongly believed that she would survive. Our photography project did and would keep her stronger and motived and would give a chance to express her suffering to people all around the world. We lost Zeynep suddenly, at month 6th after our project started, in April 2018. Rest in peace strong womanâ€¦ I promised her to keep her alive with photosâ€¦ Zeynep covered his hair after chemotherapy by wearing a wig to not scare her daughter. This photo is from those moments when she was resting as herselfâ€¦