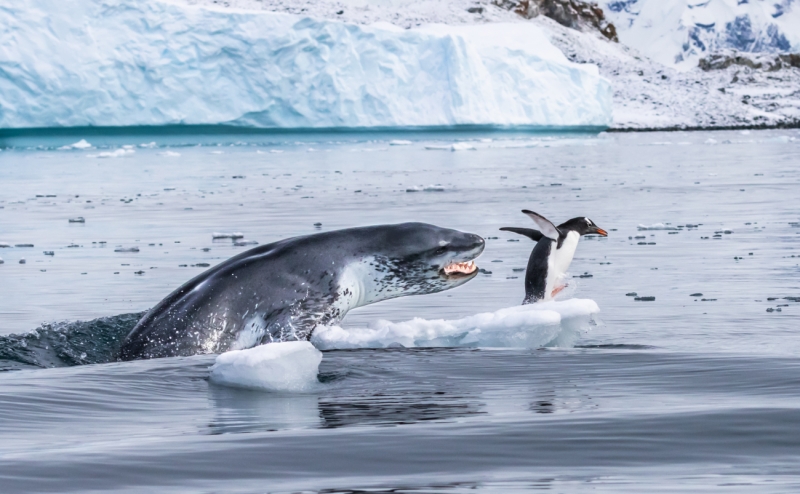 I spent the afternoon at the beach where we disembarked. The rest of the passengers went to see the fauna of the area, while I spent all the time up on a rock watching how this leopard seal swam in front of me. When we went up in the zodiac, I saw a penguin that was on a small piece of ice floating, as we headed in the direction of the penguin, the leopard seal passed us under the zodiac and at that moment I aimed my camera at the penguin for In a few seconds, the leopard seal was flying out of the water and with its mouth open towards the penguin, that ran off in the opposite direction and straight into the water. At that moment, it began a chase of more than 15 minutes in the waters in which we were. It was something extremely surprising. Antarctic Peninsula