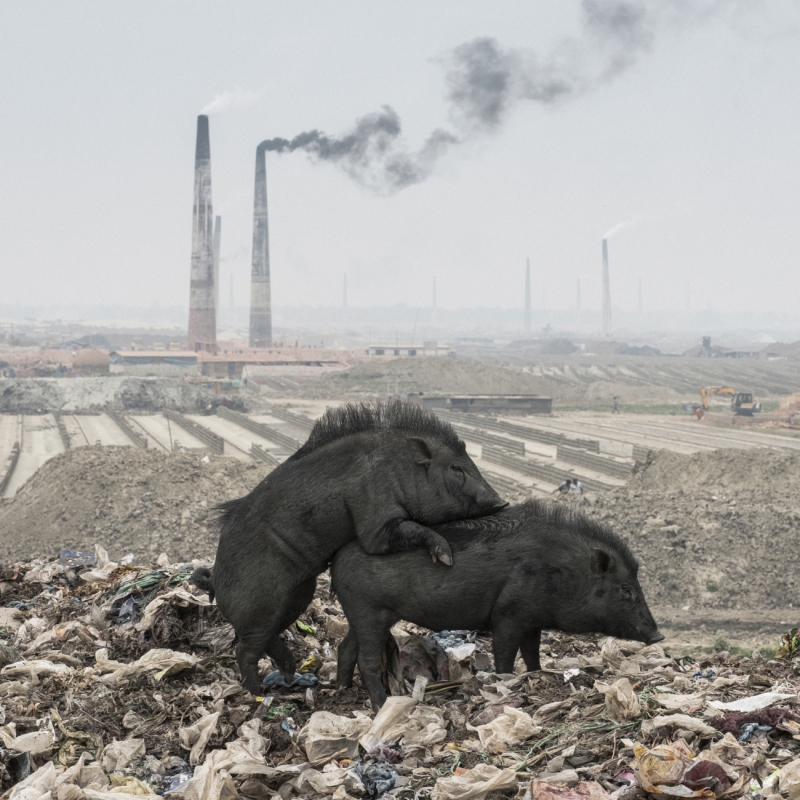 Two Piggies On The Dump
by Filip Jandourek

The photo is part of a project, concentrating on a climate change, migration and the actual problems of today`s Bangladesh. One of the biggest problems of todays Bangladesh is the city of DhÃ¡ka with the population of more then 17 million inhabitants. It is the fastest growing city in the world, suffering from the biggest population density on the planet. Every day, more then 2 thousand new inhabitants come from all corners of the country. Families are forced to leave their homes and land as a result of the extensive flooding, cyclons and sea levels rising. DhÃ¡ka is unable to absorb the massive population growth, there are no new areas to offer to climate refugees. The city is facing very serious ecological issues, infrastructure is collapsing, the standard of living is getting worse rapidly. Life in the city is becoming a real nighmare.