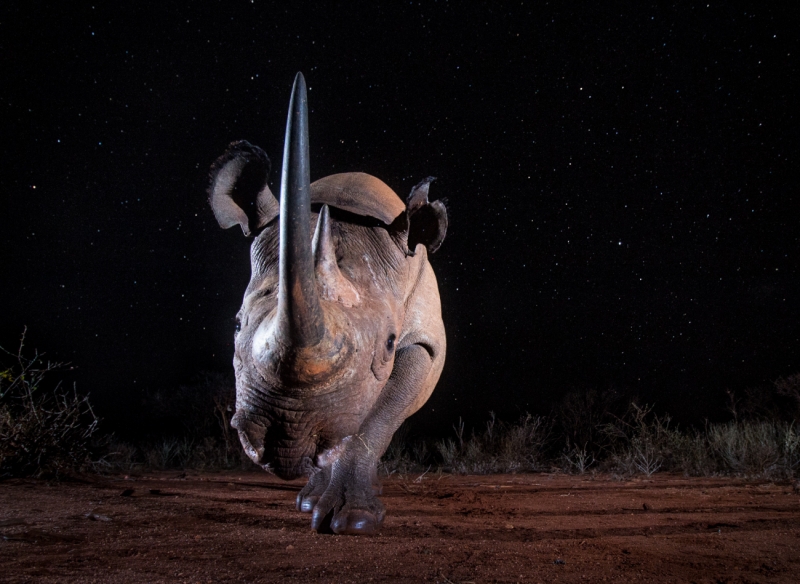 Black rhinos are predominately active at night, so I wanted to capture them in their nocturnal environment. This is a single exposure taken with a camera trap on a moonless night. I used a long, 25-second exposure time to expose the stars. At the start of the exposure, two flashes exposed the foreground. Since there was no moonlight, there was no ghosting effect after the initial flash. I opted for side lighting to highlight the sides of the rhino’s horn and make it stand out from the night sky. Rhinos were almost wiped out by poaching but thanks to concerted conservation efforts in the park, their numbers are gradually recovering.